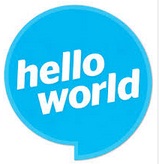 1 ) …………… he started his activism, he has slowly made his family accept the idea that he would one day be sent to prison for it, and he and his wife Yulia no longer bring the matter up at home.

2 ) By now the whiteboard in his office was covered in the strange calligraphy he uses to decipher the charges against him  a hopeless chore, he says, ………….. they make no sense other than politics.

3 ) The angry ultimatum, relayed through the Korean Central News Agency, was sparked by a small protest in downtown Seoul, …………….. effigies of Kim Il Sung and his son and successor, the late leader Kim Jong Il, were burned.

A) where
B) that
C) whether
D) whenever
E) whatever

4 ) …………… the maneuvers, called Foal Eagle, are held regularly, North Korea was particularly angry over the inclusion this year of nuclear-capable B-2 stealth bombers and F-22 fighters.

5 ) ………….. the front page of the Rodong Sinmun, the Workers’ Party newspaper, on Tuesday featured photos of Kim Jong Un at a performance the night before of the Unhasu orchestra, along with his aunt, Kim Kyong Hui, and other top officials.

6 )Despite that, military spending globally dropped …………… the first time in 15 years, Sadly, SIPRI says the drop does not imply a more peaceful time……… the world: the decrease is largely due to the U.S. ending its wars in Iraq and Afghanistan and cutting its contingency-operations budgets.

7 ) ………….. some countries have nearly tripled their military spending in the past decade Algeria’s purchases have risen 189%, and Saudi Arabia’s military spending has gone up 110% since 2003 each of those militaries is still tiny compared with that of the U.S. Nonetheless, the shift away from overwhelming U.S. power is real enough.

8 ) In Tierra Colorada, a bus full of state police sat on the outskirts of town drinking soda …………. the militia men carried out their operations.

10 ) ……….. Egypt’s military leaders publicly declared their neutrality during the 2011 uprisings, a leaked presidential report on revolution-era crimes reveals that the country’s armed forces participated in forced disappearances, torture and killings across the country, according to the Guardian.