(80 multiple-choice questions and a writing section)

Choose the correct word or phrase that best completes the sentence.

Choose the sentence with the closest meaning as the given sentence.

a. Every day suits me except Tuesday.  b. Tuesday is the day I can come.

Choose the correct phrase that completes the sentence.

Choose the word that has the same meaning as the underlined word.

Choose the word or phrase that best completes the sentence.

Answer the questions according to the reading passages.

culture.    Psychologists believe that group identity and cohesion depend to a large

extent on having a common enemy. It seems that the existence of ‘bad guys’ is an

important element in defining who we are within a larger realm.

mistake, immediately accuses another child or an inanimate object such as a teddy

bear.  Later, in the school playground, children in rival groups vie for attention and

10       constantly occur around the globe.  These conflicts are not only over territory but

also involve emotional issues of group identity and unity of purpose.  For many,

there is no ‘us’ without a ‘them’ to hate. In a world where conflict between

superpowers is on the decline, it may be that humanity will have difficulty adapting

to a state of mutual respect and cooperation.

Choose ONE of the following topics and write an essay.  Your essay should be around 300 words in length.

(Three essay topics of general interest are given for the students to choose from.) 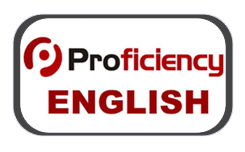