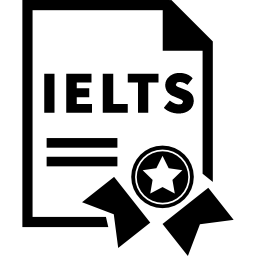 Wind Power in the US

Prompted by the oil crises of the 1970s, a wind-power industry improves briefly in the United States. But then world oil prices fell down, and funding for research into renewable energy was cut. By the mid 1980s US interest in wind energy as a large-scale source of energy had almost disappeared. The improvement of wind power at this time suffered not only from badly designed equipment, but also from poor long-term planning, economic projections that were too optimistic and the difficulty of finding appropriate locations for the wind turbines.

Only now are technological progress beginning to offer hope that wind power will come to be accepted as a reliable and significant source of electricity. There have been important successes in California, in particular, where wind farms now have a capacity of 1500 megawatts, comparable to a large nuclear or fossil-fuelled power station, and produce 1.5 per cent of the state’s electricity.

Nevertheless, in the US, the image of wind power is still distorted by early failures. One of the most persistent criticisms is that wind power is not a considerable energy resource. Researchers at the Battelle Northwest Laboratory, however, estimate that today wind turbine technology could supply 20 per cent of the electrical power the country needs. As a local resource, wind power has even greater potential. Minnesota’s energy commission figures out that a wind farm on one of the state’s south western ridges could supply almost all that state’s electricity. North Dakota alone has enough sites suitable for wind farms to supply more than a third of all electricity consumed in the continental US.

The prevailing notion that wind power is too pricy results largely from early research which focused on turbines with giant blades that stood hundreds of metres tall. These machines were not designed for ease of production or maintenance, and they were so expensive. As the major factors influencing the overall cost of wind power are the cost of the turbine and its supporting systems, including land, as well as operating and maintenance costs, it is hardly surprising that it was thought at the time that wind energy could not be ensured  at a commercially competitive price. More recent developments such as those seen on California wind farms have dramatically changed the economic picture for wind energy. These systems, like installations in Hawaii and several European countries, have benefited from the economies of scale that come through standardised manufacturing and purchasing. The result has been a dramatic drop in capital costs: the installed cost of new wind turbines stood at $1000 per kilowatt in 1993, down from about $4000 per kilowatt in 1980, and continues to fall. Design improvements and more efficient maintenance programs for large numbers of turbines have reduced operating costs as well. The cost of electricity delivered by wind farm turbines has reduced from about 30 cents per kilowatt-hour to between 7 and 9 cents, which is generally less than the cost of electricity from conventional power stations. Reliability has also improved dramatically. The latest turbines run more than 95 per cent of the time, compared with around 60 per cent in the early 1980s. Another misconception is that improved designs are needed to make wind power feasible. Out of the numerous wind turbine designs proposed or built by inventors or developers, the propeller-blade type, which is based on detailed analytical models as well as extensive experimental data, has emerged as predominant among the more than 20,000 machines now in commercial operation world-wide. Like the gas-driven turbines that power jet aircraft, these are sophisticated pieces of rotating machinery. They are already highly efficient, and there is no reason to believe that other configurations will produce major benefits. Like other ways of generating electricity, wind power does not leave the environment entirely unharmed. There are many potential problems, ranging from interference with telecommunications to influence on wildlife and natural habitats. But these effects must be balanced against those associated with other forms of electricity generation. Conventional power stations impose hidden costs on society, such as the control of air pollution, the management of nuclear waste and global warming. As wind power has been ignored in the US over the past few years, expertise and commercial exploitation in the field have shifted to Europe. The European Union spends 10 times as much as the US government on research and development of wind energy. It estimates that at least 10 per cent of Europe’s electrical power could be supplied by land-based wind-turbines using current technology. Actually, according to the American Wind Energy Association, an unconnected  organisation based in Washington, Denmark, Britain, Spain and the Netherlands will each surpass the US in the generating capacity of wind turbines installed during the rest of the decade

1  Which one of the statements is true?

2  What is the general view of wind energy in the United States?

3  Which of these factors has not contributed to the reduced cost of wind energy?

5  Wind energy is more developed in Europe than the USA