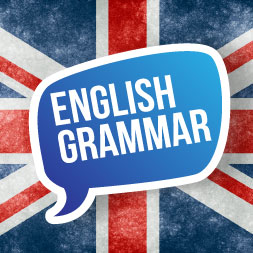 While reporting a speech, generally four things are changed according to the situation:

I am happy.
She is sleepy.
They are working.
She will go.
You shall go.
I will be going at two.
She has gone.
They have done.
She has been doing.
She was sleeping.
She was at home.
They were there.
She likes tea.
She drank tea.
We had finished it before nine.
She can go.
She may go. (possibility)
You may go. (permission)
She has to go now.
They have to go now.
She had to go.

2.  Changes in adverbs of time.

DIRECT
TIME
ago
at the moment
a year ago
last Monday
last month
last night
last year
yesterday
yesterday morning
the day before yesterday
next month
next week
next year
now
now and then (contrast)
the day after tomorrow
tomorrow
tomorrow afternoon
tomorrow night
this week (year,etc)
today yet

3.  Changes in adverbs of place

PLACE   here
here and there (contrast)
this place
these places

there, in that place

(remains unchanged)
that place
those places

a.  If the speaker is reporting another persons speech, some pronouns used in direct speech, which express the first or the second person, become the third person.

b.  If the speaker is reporting the words said to himself or the group including himself, the personal pronouns expressing the second person become the first person.

Look at he examples.

Direct : I have to pay my tax tomorrow. (4)
Indirect : He said he would have to pay his tax the following day.

a.  If a sentence with ‘’have to’’ or must expresses a present obligation, it changes into had(1). Must, expressing possibility or deduction remains unchanged(2). If it indicates continuous obligation or necessity, it doesnt change.(3) If it shows a necessity referring to the future, it changes into would have to in reported speech(4)
b.  Would, should, ought to and might remain unchanged.
c.  Need changes in the same way as must.
d.  ‘Perfect’ modal forms such as may have + past participle, must have + past participle dont change.

Exercise 1.  Fill in the blanks with the correct form of have to.